Leadership change at Google, and what it means

Being a business professional myself, it interests me a lot observing leadership patterns among corporations. In my blog post Is Steve Jobs indispensable to Apple?, I had analyzed how leadership has panned out at Apple. With Larry Page taking over the reins from Eric Schmidt at Google, it would be interesting to study what the leadership change means for the search engine giant! 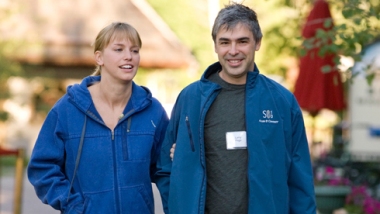 Background to the leadership change

Google has been facing several challenges and we need to put them in perspective as we delve into the aspect of leadership change.

Challenge 2 : Competition : Facebook, Groupon, Twitter etc pose competition, with Facebook being the most potent threat. Google has failed so far in its attempts to enter the social media space.
Challenge 3 :: Revenue Streams : Google is still over dependent on search advertising for revenues, where growth has slowed. Though Google has diversified, alternative revenue streams need to be developed really fast.
Challenge 4 : Greater scrutiny from regulators.

Challenge 5 : Doubts that the Google search engine is losing its punch, as rivals, like Bing,  catch up.

Eric Schmidt and Larry Page : A comparison of leadership traits

Here is a tabulation of the comparative leadership traits of Schmidt and Page, which will give us a clear idea where Google is headed!

What is your reading of the leadership change at Google? Do you feel Larry Page has the right skill set for a CEO? Which way do you see Google going from here? Views are welcome!