Having A Personal Vision 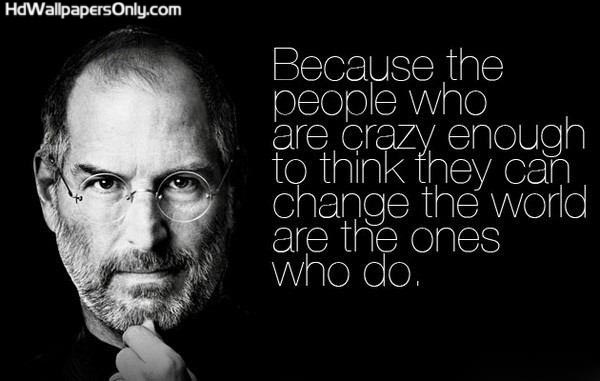 What is the difference between animals and human beings?
An animal is born, survives, procreates and dies. A human being does that too, but has a possibility for much more. The question is, do all human beings explore these larger possibilities? Fortunately, there are many who have broken the ‘survivalist’ life-cycle and endeavoured to do more with their lives. Let us look at some of them.
Below are three stories, each unique in its own way. The first two have brought tears to my eyes each time I have watched or read about them. The third has some element of laughter but a profound message at the end.
1. The story of Arvind Eyecare founded by Dr Govindappa Venkatswamy (Dr V) is a mandatory case study at Harvard.

Dr V was born in 1918 in a small South Indian village. By his 10th birthday, he had lost three cousins at birth for want of medical care. He started dreaming to be a Doctor. He proceeded with his studies accordingly to be an obstetrician. But in his 30s, Arthritis struck him. It froze and twisted his fingers out of shape. He was bed-ridden for two years. However, by divine accident, Dr V trained those fingers to cut and operate on the eye. He became an ophthalmologist! He made a phenomenal government surgeon and was awarded the Padmashree.In 1976, he hit the retirement age of 58. With a vision of giving sight to all and to see all as one, Dr V, along with his family members, founded Arvind Eyecare in Madurai, India. The hospital went on to become the most productive and low cost eye-care facility in the world. What Arvind Eyecare has achieved is a remarkable story of a man having a personal vision and following it through. Here is another video talk on the same.

2. The story of Tererai Trent, Oprah Winfrey’s ‘all time favourite’, is extremely moving too.

Tererai belongs to a village in Zimbabwe where girls did not go to school. She did her brother’s homework secretly as she wanted to study. The teacher soon realised this and begged her father to send her to school. But barely after two sessions, at the age of 11, she was married off. By the time she was 18, she had three children. When her husband came to know that she wanted to get educated, he beat her.In 1991, a lady from a philanthropic organisation visited her village and asked the females about their hopes and dreams. When Tererai shared her dream of studying in the US, she told her it was achievable. Tererai completed her school, college and a PhD from the US! She now had a personal vision of giving back to society by building a school in her native village and give education to millions of other girls. She is well on her way! Detailed videos on her life story can be accessed in Part 1 and Part 2.

3. The story of Arunachalam Muruganantham, the then 9th pass unemployed husband from Coimbatore, India, is amazing! His innovation of ‘low cost sanitary napkin’ won the Best Innovation Award for Betterment of Society at IIT-Madras.
Arunachalam, after his marriage, was shocked to find that Shanti, his wife, was using a dirty cloth as a sanitary napkin as the family could not afford the costly ones available in the market. He realised that this was the plight of millions of women in India. He went through trials and tribulations to come out with his own low cost sanitary napkins. He had a personal vision of taking the penetration of Indian women who use sanitary napkins from 7% to 100% and also distribute machines for employment to a million rural women!
What is common in these stories? People with a vision are men/women possessed. Their life has a purpose that goes beyond surviving in a small way. They see the society as their own extension – that their responsibility is not only to themselves and their near and dear ones but also to the world at large. There is an inter-connectedness that negates the boundary between ‘them and us’ and their actions reflect that reality!
What is your personal vision? How do you see your life unfold in the next 20, 30, 40 years? Do share!